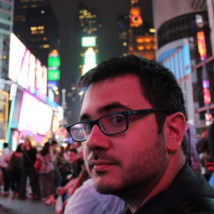 IT Security Passionate, developer, open source enthousiast, and so much more !